Not So Slow Cooking

Not So Slow Cooking

On January 13, 2012
by Lisa H
in Uncategorized
Leave a Comment on Not So Slow Cooking

After hearing so much about slow cookers from the many mummy bloggers out there, as well as my mummy friends, I decided it was time to try one myself. Having a bit of an aversion to cooking but with very little choice, being the one who doesn’t work, I always dread the thought of what I was going to prepare each night. So when I heard there was a tool out there that did all the hard work for me, I would be a fool to say no! So after some pretty pleases directed at my own lovely Mum, on Christmas Day I unwrapped the Breville 4.5 litre slow cooker with glee, and just a smidgen of trepidation – was this really to answer to my culinary prayers? 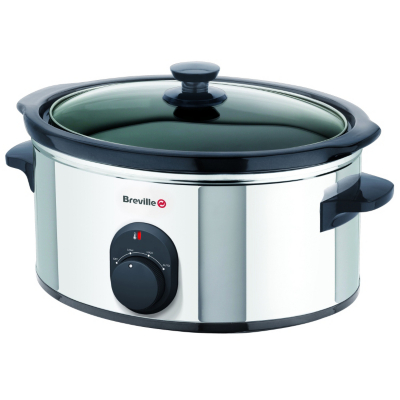 After only a couple of weeks using my new toy I have to say I’m over the moon with it. Instead of having to juggle a toddler and prepping and cooking a meal once five o’clock arrives, instead I use her nap time to chuck everything in the pot and simply turn it on. By the time my hubby walks in, stomach growling, there is a meal ready, once the little munchkin is safely tucked up in bed.

So far I have tried only a handful of different recipes, but they have all been edible, if not scrummy along with the bargain! Just for you, I thought I would share a few of the best recipes I have tried so far:

Beef Casserole Recipe! The first one I tried and pretty simple to do

Are there any great recipes you’d like to share? Do let me know as I would love to add to my new-found repertoire!

Lisa H
Previous article
What a Difference a New Year Makes!
Next article
My Week That Was